ALL WEB ORDERS HAVE TO BE PLACED 12 HOURS AHEAD

Hanukkah (Chanukah) celebrates the Jewish victory over the Syrian-Greek superpower in the second century BCE, during the time of the Second Holy Temple.
It also celebrates the miracle of a little oil that lasted eight days.
It is also known as the Festival of Lights.
Hanukkah 2020 will begin in the evening of Thursday, December 10 and ends in the evening of Friday, December 18.
There is a custom of eating foods fried or baked in oil to commemorate the miracle of a small flask of oil keeping the Second Temple’s Menorah alight for eight days.
Traditional foods include latkes, a fried potato fritter, especially among Ashkenazi families. Sephardi, Polish, and Israeli families eat jam-filled doughnuts called sufganiyot, which were (Yiddish: פאנטשקעס‎ pontshkes) by Ashkenazi Jews living in Eastern and Central Europe prior to the Holocaust, bimuelos (spherical doughnuts) and sufganiyot which are deep-fried in oil. 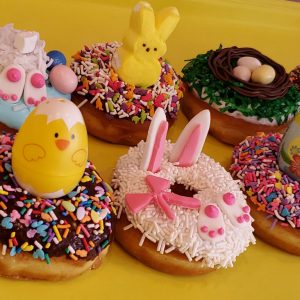 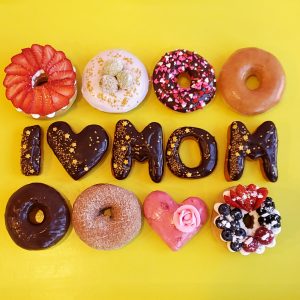